Applications of Shou Sugi Ban boards by Wood of Fire. 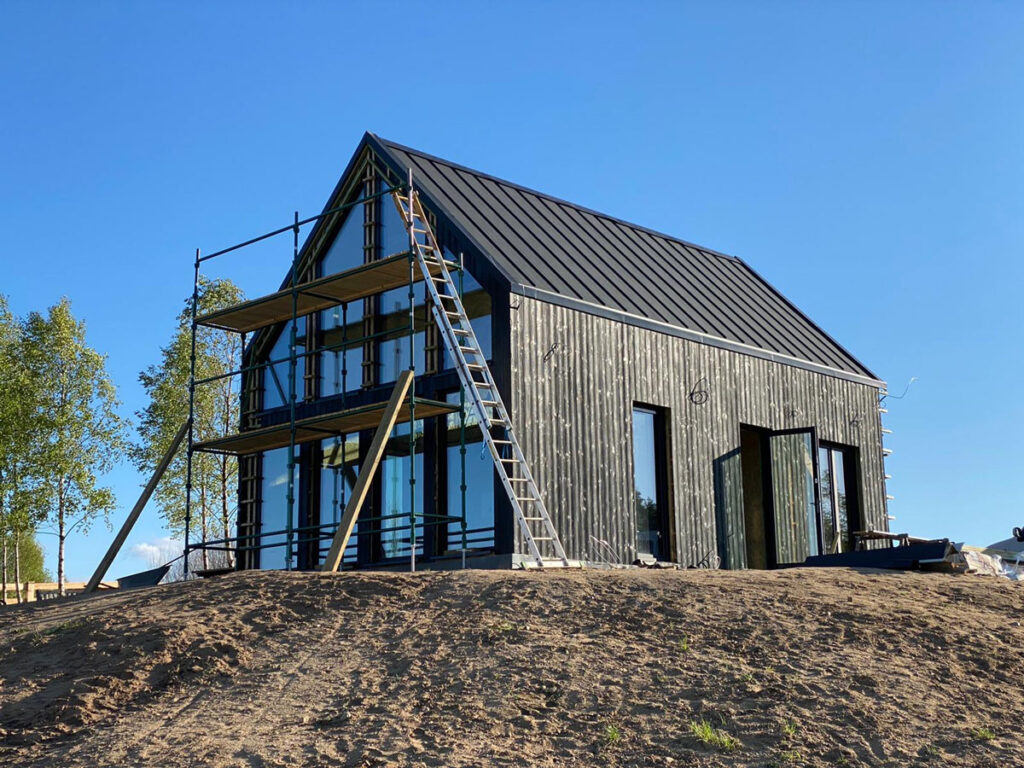 As a rule, the first use of heated boards that comes to everyone’s mind is the heated facade. On the one hand, it is a natural way of thinking, because the idea of ​​wood preservation originating in Japan using the Shou Sugi Ban method was aimed at protecting the facade boards, which were exposed to increased external factors. In addition, the facades of modern houses in the shape of rustic barns, often following the bold concepts of contemporary architects, are finished with just fired boards in various color variants and in various degrees of burnout, which adds a unique charm to the buildings, and the wooden facade provides additional durability and resistance.

Another of the most popular ways of using fired boards is their installation inside buildings as wall decorations. It is an alternative to plaster, wallpaper, tiles and other forms of wall finishing. Burned boards on internal walls will add a unique character to all rooms, regardless of their purpose, and apart from the optical qualities, the advantage is also a much greater resistance to mechanical damage, dirt or scratches compared to painted, plastered or wallpaper walls. This applies in particular to the brushed variants of our boards, which are characterized by the highest resistance to mechanical damage. That is why the Shou Sugi Ban method of firing wood used in the production of  boards will work in rooms, offices, service premises or conference rooms.

An interesting solution is also the use of Shou Sugi Ban boards as decoration of fireplaces. The way we impregnate wood reduces its combustible properties, which reduces the possibility of wood reigniting itself. In other words, wood that has already been set on fire once, it is much more difficult to burn it again later, and additional impregnation with specially designed agents makes the material resistant to high temperatures.

Among the ideas realized with the use of fired wood, it is worth highlighting the use of heavily burnt boards as the material used to create a wooden table top. Another idea was to make a door in which the wings were entirely made of tanned and then brushed boards. We also saw doors and kitchen fronts fully covered with fired elements. There are many possibilities of using fired wood, ranging from the facade to small objects with inserts of fired wood.

The only limitation is our imagination, so in order to implement your ideas and concepts, please contact us, and we will certainly choose the best solutions for your vision together!